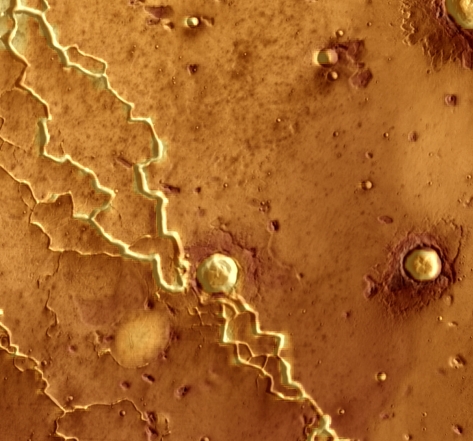 It is almost four years after the Mars Exploration Zone Map Design Competition organized by International Cartographic Association – Commission on Planetary Cartography and NASA, and I wanted to make an update what happened after.

Story of the contest

I took part in this contest because I had some free time and curiosity for Mars. In 2016 it was announced that I had 1st place…
“In University Student category:
1st place: Mateusz Pitura (Poland – Hebrus Valles)
2nd place: Brandon Zegiel, Gary Brown, David Brown, and Larry Lang (USA – Viking)
3rd place: Amy Wootton (South Africa – Noachis Terra)”
Link to source.
Link to description of winners work.

I was encouraged to publish my work so I wrote a scientific article based on that project released by Springer in Advances in Cartography and GIScience. Within the paper, I describe how I made a map in details.
In July 2017 I came to the International Cartographic Conference in Washington DC to present my idea, and it was a really great experience where I met many inspiring people. I think that was the moment I decided to go into maps and GIS for real.

I have published also website (hebrusvalles.com) but after 3 years I took down the domain and it is available at other URL – ArcGIS Story Maps.

Moreover, there was also a short science article for sciencetrends.com presenting Hebrus Valles as a possible location for the first human step on Mars.

To summarize I just wanted to thank all people that were involved in this project, my University of Wroclaw, and especially my mentors: Henrik Hargitai and Artur Sobczyk. Without them, all of it wouldn’t have been possible.