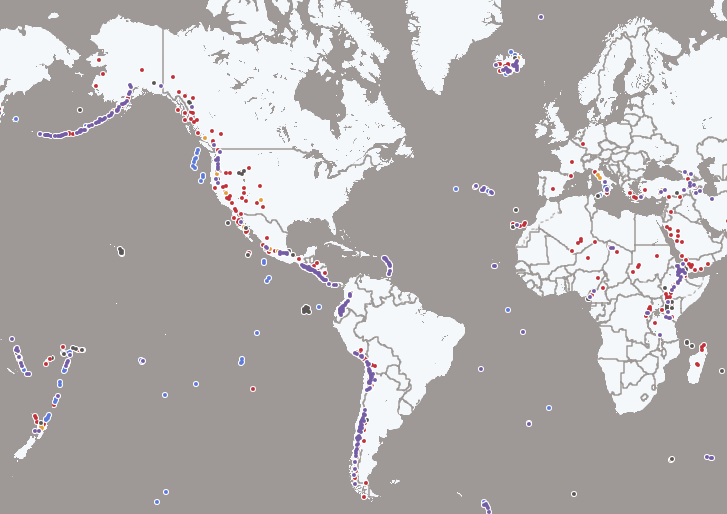 The Smithsonian Institution’s Global Volcanism Program (GVP) documents Earth’s volcanoes and their eruptive history over the past 10,000 years. The GVP reports on current eruptions from around the world and maintains a database repository on active volcanoes and their eruptions. GVP is housed in the Department of Mineral Sciences, part of the National Museum of Natural History, on the National Mall in Washington, D.C.

The GVP database includes the names, locations, types, and features of more than 1,500 volcanoes with eruptions during the Holocene period (approximately the last 10,000 years) or exhibiting current unrest.

Below I present a map of Volcanic Eruptions in Holocene with differentiation of volcano types.